Distance monitoring Norway Sweden
Digital medication support involves the use of electronic medicine dispensers with light and sound alerts after a pre-set time indicating when medicine is to be taken. The dispensers register whether the user has removed the medicine from the dispenser and notify the healthcare provider via the mobile network if the medicine has not been removed. Several solutions have been tried out in the municipalities of Bergen, Bærum, Larvik, Lindås, Lister, Oslo, Sarpsborg, Stord, Søndre Land, Tromsø, Værnes and Vestre Toten. The trials have included both electronic multidose dispensers and electronic roundabout solutions in which the medication is manually inserted into a tray with compartments. In Norway there are recommendations that the technology should be implemented nationally.
Time saved and costs avoided, better drug handling and increased quality of service.
The target group for this service has largely been elderly people living at home. Stord and Tromsø municipalities have offered the service to people facing challenges in substance abuse and people with psychiatric problems. In the development phase of this service, 31 municipalities were nominated as development municipalities. Currently, 80% of the municipalities in Norway are included in activities supported by the National Programme for Personal Connected Health and Care. 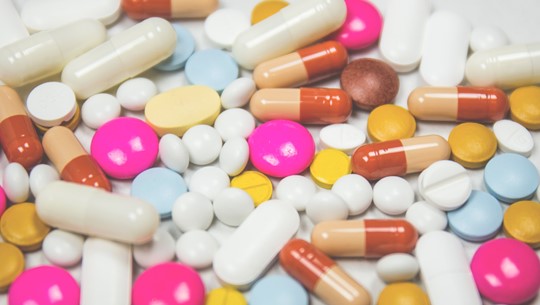 We are facing a double demographic challenge. The ageing population’s need for health and care services is increasing, while access to the workforce is declining.

Digitalisation can be increasingly important for enabling municipalities to offer quality health and care services.

The trials have included both electronic multidose dispensers and electronic roundabout solutions in which the medication is manually inserted into a tray with compartments.

A number of municipalities have tried out both types of medication support and several of them have now chosen to focus on multidose dispensers when they extend the service. With regards to multidose dispensers, the service avoids spending time placing medicines in the compartments, as it does with roundabout solutions.

To ensure volume of the services, an important task is standardisation in order to ensure that personal connected health and care is implemented in Norway on the basis of internationally accredited standards.

Other essential prerequisites to be solved to ensure the volume and success of this kind of service include good systems for the response service, procurement practice, integration of patient record systems, changes in mindset and, most of all, solutions that meet the users’ needs.

The Norwegian Directorate of Health, together with the Norwegian Association of Local and Regional Authorities (KS) and the Norwegian Directorate for eHealth run the National Programme for Personal Connected Health and Care (NVP). The overall goal of this programme is to ensure that personal connected health and care becomes an integral part of health and care services by 2020. The objective is to meet the municipalities' information and knowledge needs in order to facilitate broad use of welfare technology solutions.

For digital medication support, a number of solutions have been tried out in the municipalities of Bergen, Bærum, Larvik, Lindås, Lister, Oslo, Sarpsborg, Stord, Søndre Land, Tromsø, Værnes and Vestre Toten.

The price varies depending on the specific technology chosen. Cost-saving estimates have been made in some of the development municipalities. These are described under Effects.

In order to scale the solutions in operation, in 2016 the development municipalities worked systematically on acquiring technology solutions, organizing the reception of alerts and implementing good routines for training, follow-up and adaptation of technology solutions.

The municipalities have also worked systematically on profit planning, as well as identifying good measurement indicators for welfare technology, evaluation and documentation.

The number of visits often increases at the start because users need time to feel confident about the technology. When they feel safe, it is possible to reduce the number of visits from the home service. Employees have noted that it takes approx. two weeks to train the user (Larvik municipality, 2016).

The benefit realization is greatest in the case of users who have no other services, for whom daily visits from the home service can stop and be replaced by visits for medication refills every 14 days. For users who receive other services, the reduction in time per visit in Bergen municipality is estimated to be 23% (Bergen municipality, 2016a; Røhne, Ausen, Larsen & Solberg, 2016), although it has been reported that this time is quickly consumed  by other tasks during visits (Bjørkquist, 2015).

Larvik municipality believes it is more likely to gain from users who have not yet decided on home visits, as it finds it can be difficult to remove home visits that have already become part of a routine (Larvik municipality, 2016). This is supported by a survey in Bærum municipality which showed that the opinions of users varied – some users though it was “wonderful” that they received no visits from home-based services, while others missed the visits (Bærum municipality, 2016). Although some users missed the home visits, the majority of users were happy that fewer people visited their homes each week.

The documented effects of the trials in the municipalities that participated in the development phase have been summarized in the First and Second Benefit Realization Reports with recommendations (Norwegian Directorate of Health, 2016 and 2017).

Do you want to know more about the solution?

In the development phase of the national programme, the municipalities have worked systematically on project management, service development, evaluation and documentation work, gaining expertise and general knowledge of personal connected health and care/welfare technology. These municipalities now have valuable expertise regarding opportunities and utility for end users, their relatives and the service as a whole.

More information about the solution could be found at:

The NVP programme in Norway emphasises s the realization of the effects, depending on the context and the individual municipality's service. Different municipalities will have a different potential for savings and the benefits in one municipality will not be transferable to anothermunicipality  utilising the same technology. This relates to how health and care services are organized, as well as resources and demographics. Every municipality must identify its own potential to deliver better and more efficient services.

Example from Sweden: The use of medication dispensing robots in Umeå municipality

Several municipalities in Sweden use dispensing robots for the purpose of allowing users to become more independent in their medication. Umeå municipality is one of these municipalities and, since September 2018, has introduced 35 medicine dispensing robots in ordinary homes. The robots ensure that users are given access to the right drug, at the right dose, at the right time. The user is alerted that medicine is to be taken through sound and light signals and via information on the robot's display panel. If the medicine is not taken at the right time, it ends up in a locked compartment and an alarm is sent to the staff.

Although the introduction of the robot has only been happening for a relatively short time, great benefits have been noted with the technology and working methods. In addition to users being able to assume responsibility for their own medication, positive effects also include increased compliance with medication and reduced travel for staff. The robot also helps reduce the skills supply challenges in many Swedish municipalities, as the activities of homecare staff can be streamlined.

By the end of 2019, Umeå municipality plans to have about 100 robots deployed and then increase the number by another 75 robots per year. Approximately one third of all users who are enrolled in home health care are expected to be given effective support in using their medication in this way with around 300 users planned in the long term.

Umeå municipality has significantly focused on staff training and providing information to users, as well as placing great emphasis on collaboration between the municipality and the region with regards to the process and assessment. Users who have access to a medicine dispensing robot are generally very satisfied.

Name of the service